At ABRAOLAS INFO-TECH NIGERIA, our goal is to provide awesome & affordable web design to individuals, small businesses and non-profits. We love the little guys, the newbies, the novices… the up-and-comers, the mom and pops and the have nots. We believe beautiful websites can be affordable and accessible to everyone. Now that you know who we are. how can we be of help to you?

The Daily Trust reports that mobile phone masts belonging to MTN and Airtel in the Nigerian cities of Kano and Maiduguri have been attacked by gunmen.

Mobile phone masts belonging to MTN and Airtel in the Nigerian cities of Kano and Maiduguri have reportedly been attacked by gunmen. (Image: File)
According to a report by the publication at least eight MTN masts were destroyed and its office burnt and damaged on this week.
There is speculation that the attacks are likely to be blamed on a specific group that is alleged to have issued threats against mobile telecom companies in February.
It has been reported that attackers damaged telecommunication masts belonging to MTN at Bolori, Ngaranam, Dala Alamdiri, Adam Kolo, Limanti, Gwange, Bayan Quarters and West End areas.
MTN Nigeria has confirmed that attacks have been made on some of its installations in Northern Nigeria by unknown persons.
The company’s Corporate Services Executive, Mr. Akinwale Goodluck, in a statement in Lagos, said the attacks by unknown persons had caused service challenges in parts of the North as sensitive hub sites had also been affected.
“We confirm that like all the other major telecommunication operators, some of MTN’s installations in Northern Nigeria have been damaged by unknown persons.  As far as we are aware, there were no fatalities as a result of these attacks and we are receiving full co operation from the relevant government security agencies” he said.
“The attacks are unfortunate as the facilities built by MTN Nigeria and indeed other telecommunication companies are key to the ICT revolution in Nigeria and the accelerated socio-economic development of our nation”
Goodluck said the company was already working to restore services as quickly as possible to minimize the impact to subscribers.
“We seek the kind understanding of our esteemed customers in the affected areas in Northern Nigeria, who may have experienced congestion or outright network failure. We are intensifying efforts to restore.”
Posted by Abraham at 5:59 PM No comments:

Nigerian mobile service provider Airtel Nigeria announced over the weekend that that are planning to add another 2 000km to their fibre optic cable system. Currently the cable system is over 4 000km long, and services around 20 million subscribers in the country. 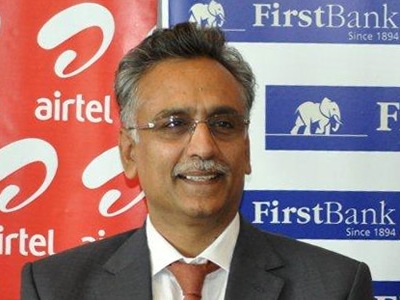 Managing Director and Chief Executive Officer, Airtel Nigeria, Rajan Swaroop (image: file)
Managing Director and Chief Executive Officer, Airtel Nigeria, Rajan Swaroop said that the addition of more fibre optic cables is only the first step in a long process. “In this first phase, we will be adding over 2,000 kilometres of fibre optic cable to our network. Our efforts are paying dividends. The Nigerian Communications Commission rated us the best in March and April of 2012 when they rated networks in Nigeria,” he said.
He also added that since Airtel has taken over the fibre optic cable system, they have doubled their network capacity, and will be adding more cables as they try to improve services and offerings in the country. Airtel was also rated the best network in Nigeria in the first quarter of 2012.
Swaroop said that since they have double their capacity to Nigeria, it will put them in a good position to eventually double their subscription base – with having to contend with the loss in quality of service, which has become a huge problem for African nations.
Posted by Abraham at 6:21 PM No comments:

According to the latest State of the Internet report by Akamai Technologies Global Internet Platform, Nigeria has overtaken South Africa in terms of Internet speed – less than eleven years after reforming its communications networks and market. 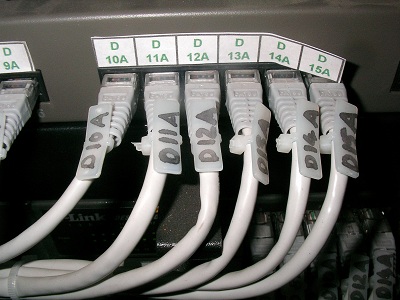 According to a report, Nigeria has overtaken South Africa in terms of internet speed (image: stock.xchng)
In the report it is revealed that Nigeria has an average connection speed of 322kbps with a peak rate of 5674kbps. But while South Africa’s average speed is faster at 496kbps, the country’s peak speed is only half that of Nigeria, at 2172kbps.
“All mobile providers had average peak connection speeds above 2 mbps, though last place South African provider, ZA-1 was just above the threshold, losing over 13 per cent from the prior quarter, at 2.2 mbps,” the report stated.
According to Leadership, “in 2011 South Africa was one of only two countries listed in the report with an average peak connection speed below 2 mbps. South Africa had average 442kbps over Nigeria’s 286kbps, however, Nigeria outperformed with peak 4871kbps and average 462mbps per month over South Africa’s 1654kbps and 197mbps.”
The report also noted that speeds across the globe were improving, and that all 117 countries that qualified for inclusion measured an increase in average connection speeds. The gain in average speed however isn’t uniform, as Montenegro grew by 0.2 per cent to 2.8 mbps, while Libya measured a 75 per cent increase to 0.5 mbps.
Posted by Abraham at 6:17 PM No comments:

Abraham
ILUPEJU, LAGOS STATE, Nigeria
i am a computer scientist that promote the use of information technology in our society